John Thompson is a graduate in history from Monash University and the Australian National University. He completed his PhD at the ANU in 2004 with a study of the public career of the distinguished Australian historian Geoffrey Serle. He was Curator of Manuscripts in the State Library of Victoria and subsequently worked in various positions in the National Library of Australia including Director, Australian Collections and Services. He has written and compiled a number of books, among them the National Library's Faces of Mandurama, The Oxford Book of Australian Letters (co-edited with Brenda Niall) and The Patrician and the Bloke: Geoffrey Serle and the Making of Australian History. He has contributed a number of review essays to Meanjin and is a frequent reviewer for Australian Book Review and Art Monthly. 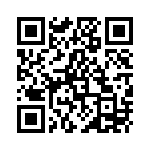