I am half a generation older than the author, but her tale rang true to me as a late baby-boomer woman who was told I was as good as any boy (by my parents and my headmistress) yet no-one else of my ... Read full review

Nelly Thomas is one of Australia's most natural and intelligent performers. Swinging fast and boldly between refined social satire and a guilty gorging on junk TV, you'd be hard pressed to find a more engaging, thought-provoking comedy experience.

Nelly sprung into comedy suddenly, winning the Comedy Festival's Raw Comedy competition in 2003. In eight action packed years since then, she has directed Barry Award winning Maria Bamford, toured nationally and internationally, established her own Melbourne comedy room and toured shows around the world.

Nelly has released her first DVD The Talk - a sexual health and ethics DVD for teens and their carers - to popular acclaim.

In addition Nelly is a regular guest and co-host on ABC Radio 774 and has had numerous other media appearances on the Comedy Channel, ABC TV and local community radio. 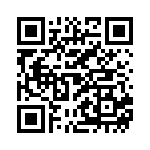