Sort of Chatty but useful information

The book is a little chatty and some of the abbreviatons ie BD is baby dance are annoying. There is a lot of useful information. It is very easy to understand but almost to dumbed down if you have some medical background. Overall useful Read full review

I read most of this book, and it has a lot of good information. A lot of it reminded me of things I read in the book, Taking Charge of your Fertility. Read full review 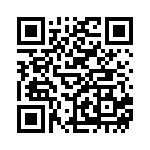