Kelly Hunter is a romance writer who was born and raised in Newcastle Australia. She earned an honours degree in Rural Science and afterwards worked within the university system as a research fellow in biochemistry. From there I went to the cotton fields as an agronomist, then the Department of Primary Industries, then Australia's national science agency, the CSIRO. She began writing romance stories while she was home-schooling her children. She soon joined the Romance Writers of Australia and became registrar, secretary, vice president and then president before stepping back in 2010. She then completed a two year stint as executive editor for Tule Publishing Group's Holiday imprint which gave her a chance to help shape a new contemporary romance line and work with favourite authors across the globe. Her awards include Favourite Short Category Romance for the years 2011-2013, from the Australian Romance Readers Association and Romantic Novella of the Year nominee 2013 from the Romance Writers of Australia. In 2015 she was named a finalist for the Australian Romance Readers Awards. She won the 2017 Australian Romance Readers Awards, Favourite short or category romance, with her story, Casey. 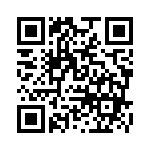