Fiona MacDonald began her media career as a presenter on children's television program Wombat and co-hosted 1980s game show It's a Knockout. She has appeared on Burke's Backyard, Look Who's Talking and Good Morning Australia. Fiona has contributed articles and columns to The Courier Mail in Brisbane,The Sunday Telegraph in Sydney, Elle Magazine and The Weekend Australian Magazine. She has spent the last twenty years in marketing and public relations for the wine industry, working on events including the annual launch of Australia's most prized single-vineyard wine, Henschke Hill of Grace.

During the writing of Hill of Grace, Fiona discovered that her own family tree could be traced back to the 12th century MacDonalds on the Scottish Isles. In a parallel to the Henschke story, Fiona's ancestors came to South Australia as free settlers in 1853 on a ship called the HMS Hercules. Fiona now runs consultancy Wine Chronicles specialising in wine storytelling and public relations from her home beside one of Sydney's eastern beaches. 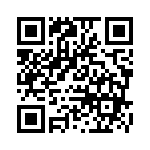