Well written, this is easy enough and interesting enough to read for long stretches. A distinctly Australian feel, but without being forced or cheesy. How the book would conclude wasn't certain until ... Read full review

Colin Dray teaches English literature and creative writing. His short fiction has appeared in publications such as Meanjin, and his non-fiction has been published in Australian Literary Studies and Antipodes.

Colin lives in the Illawarra region of NSW with his wife and two daughters. 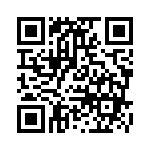