Return to Uluru: The Hidden History of a Murder in Outback Australia's Killing Times

In this gripping account, Australian author McKenna (From the Edge: Australia’s Lost Histories) sheds new light on an act of racial injustice nearly a hundred years ago. Even into this century, Bill ... Read full review

‘Perspective is everything,’ writes historian Mark McKenna in Return to Uluru, his mesmeric history–true crime hybrid. When starting the book, McKenna expected to tell an expansive history of central ... Read full review

Mark McKenna is one of Australia's leading historians, based at the University of Sydney. He is the author of several prize-winning books, including From the Edge- Australia's Lost Histories, Looking for Blackfellas' Point and An Eye for Eternity- The Life of Manning Clark, which won the Prime Minister's Literary Award for nonfiction and the Victorian, New South Wales, Queensland and South Australian premiers' awards. 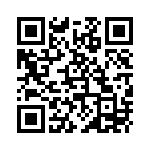