Heat-Moon (Blue Highways) offers a view of 1848 America via a British doctor’s journal in this introspective adventure narrative. After 34-year-old physician Nathaniel Trennant gives a lecture in ... Read full review

William Least Heat-Moon, pen name of William Trogdon, is of English, Irish, and Osage ancestry. He lives in Missouri on an old tobacco farm he's returning to forest.

His first book, Blue Highways, tells of a 13,000-mile journey around America on back roads. His second work, PrairyErth, is a narrative exploration into a corner of the great tallgrass prairie in eastern Kansas. River-Horse gives an account of his four-month sea-to-sea voyage across the United States on rivers, lakes, and canals. In Roads to Quoz, Heat-Moon sets out for a half-dozen peculiar American destinations that have long intrigued him. Here, There, Elsewhere brings together a collection of his short-form reportage about places around the world. These six major books have never been out of print. His first work of fiction, Celestial Mechanics appeared in 2017. 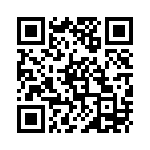