Murat Gül is an Associate Professor in Architecture Program at the International University of Sarajevo, Bosnia and Herzegovina. 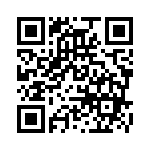