Michael White specialises in maritime law and law of the sea, including in marine pollution from ships. After a first career in the Australian Navy in various ships and submarines he obtained degrees in law and commerce.

He then practised as a Barrister for many years, becoming a QC in 1988, later becoming a full time academic at the University of Queensland.

He was the Executor Director of the Centre for Marine Law and later the Marine and Shipping Law Unit in the TC Beirne School of Law. His PhD was on marine pollution from ships and he has written widely on issues in maritime law and in history. He is presently an Adjunct Professor at the UQ in both the Marine and Shipping Law Unit, T.C. Beirne School of Law, and also in the Global Change Institute. 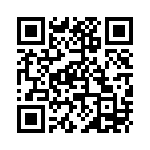