To begin with.....short, big print, lots and lots of blank pages and half pages so the book reads quickly. The author’s points are a spaghetti mixture of seemingly contradictory stands. And, the book ... Read full review

This is one of the few books that I can truthfully say has changed any aspect of my life. Every time I read this, Crispin lights a fire in me. Read full review

Jessa Crispin is the editor and founder of the online magazines Bookslut – one of America’s very first book blogs – and the literary journal Spolia. She is the author of The Dead Ladies Project and The Creative Tarot, and has written for the New York Times, Guardian, Washington Post, Los Angeles Review of Books, NPR.org, Chicago Sun-Times, and Architect Magazine, among other publications. She has lived in Lincoln, Kansas; Austin, Texas; Dublin, Ireland; Chicago, Illinois; Berlin, Germany; and elsewhere, and currently resides in New York City. 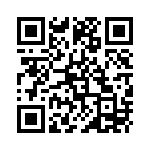