I appreciated this story. It took me on a journey to New South Wales in the early 1800s. There were many vibrant scenes and some that were not so pleasant, but overall, it was a learning experience. I'm not sure that I want to read more like this. Read full review

This was a tough read. Inspired by the author's family history of ancestors transported to Australia as felons, it follows a working class family whose trials at the hands of an unfair society lead to ... Read full review 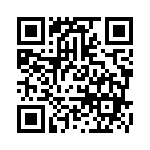