Born in 1954 in Wellington, New South Wales, Wally "Wait-a-While" Carr is an Australian and Commonwealth champion boxer who held 12 titles in six divisions, from featherweight to heavyweight - he was one of the last of the fifteen-rounders. Wally fought 101 professional bouts in his 15-year boxing career. He was described by Boxing 1970-1980 as having "boxing ability to burn" and "outstanding skills". His first bout was at the South Sydney leagues club in 1971 when he was just 17 and his last fight was at Canberrażs Bruce Stadium in 1986 at 32 years of age. He won 53 games, lost 38 and drew nine. He fought in Papua New Guinea, Fiji, Indonesia and Zambia. Wally has four children and two grandchildren, one of whom is NRL player Josh Addo-Carr. In 2010, Wally was inducted into the Australian National Boxing Hall of Fame. 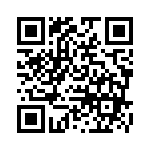