In a book first published in Australia, a girl sings the praises of her father. When it comes to mowing the lawn or baking cakes, he tends to fall short, but a poorly mown lawn makes a great maze, and ... Read full review

"The eponymous Dad in this book isn't very good at lots of things. He's not good at mowing the lawn, he can't bake a cake and he's bad at fixing leaking taps. He is, however, really good at having fun ... Read full review

Ezekiel Kwaymullina is an Indigenous writer who was born in Perth in 1983. He belongs to the Palkyu people of the eastern Pilbara in Western Australia. Ezekiel works full time on his writing and published his first novel for young people, The Not so Goblin Boy, in 2011. Ezekiel loves writing for younger readers and has a particular interest in writing picture books. His personal interests are reading science fiction and fantasy books and practicing martial arts.

Tom Jellett is an award-winning children's book illustrator who is based in Sydney, NSW. Sylvester and Arnold is his first picture book published by Little Hare, and in 2011 he was included in the editorial category for Illustrators 53, exhibited at the Society of Illustrators, New York. Amongst others, His accolades include CBCA Notable Book Award for My Yellow Blanky (2003), CBCA Honour Book in Junior category for Tuckshop Kid (2007) and CBCA Notable Book Award for Harry Highpants (2008). Tom has been an editorial illustrator for NewsLimited, working on The Australian, The Weekend Australian and The Daily Telegraph. His work has also appeared in the South China Morning Post, The Week and Medical Observer. 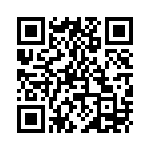