Just finished listening to Jaffrey‘s narration of A Golden Age. It is one of those books best “read” by listening. Knowing very little about that national split—and obliged to be a “joibangla,” (sp ... Read full review

This book opens with a startling line, "Dear Husband, I lost our children today" which the book's main character, Rehana Haque speaks at her husband's grave. While his death had left her penniless ... Read full review

Tahmima Anam was born in Dhaka, Bangladesh. She grew up in Paris, New York and Bangkok, attended Harvard University, and now lives in London. Her writing has been published in Granta, the New York Times and the Guardian. She is also a contributing editor to the New Statesman.
A Golden Age was shortlisted for the Guardian First Book Award and the Costa First Novel Prize, and was the winner of the 2008 Commonwealth Writers Prize for Best First Book. The final book in the trilogy, The Salt of the Earth, will be published in 2013. 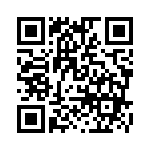