Mark Clendon is an anthropological linguist at the University of Adelaide, who has published widely on linguistic prehistory and west Australian languages. His publications include transcriptions and translations of texts in the Western Desert Language, Warnman, Worrorra and Nyangumarta. They include the transcription and translation, with Barbara Hale, of Monty Hale's award-winning autobiography Kurlumarniny: we came from the desert (2012). 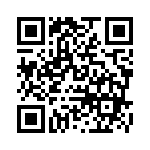