Dave Morgan was born in Melbourne in 1948. He, his twin Don, older brother Gerald and sister Sybil (Patsy) were raised single-handedly by their mother, Sybella, widowed when husband Gerald (Gus) died suddenly during her pregnancy with the twins. With a childhood filled with many moves due to Sybella's ill heath and her need to find work, Dave found adventure and a taste for travelling. He joined the Citizens Military Force in his sub-senior year and took private flying lessons, eventually joining the Army at the end of the school year. On 1 January 1969, he left his family in Brisbane for Vietnam as part of the 104 Signal Squadron. During his term, he served at several fire support bases and dealt with attacks by the Viet Cong. During one of those attacks, his pit hole engulfed him, and after he returned to an unsympathetic Australia, he started reliving that experience night after night. He hid it well from all but his family - wife Deb and children David and Michelle. They moved around Queensland for Dave's job as a Technical Officer (Weather Observer) for the Australian Bureau of Meteorology, but his desire for isolation led him to expeditions at Macquarie Island and Davis Station. A few hours after he arrived at Casey Station for his next expedition, he slipped on blue ice and his severe head and neck injury forced a medivac back to the mainland. Now retired, Dave is seeking treatment for his Post Traumatic Stress Disorder, which Antarctica finally made him acknowledge. 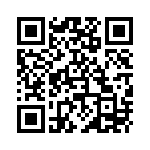