Sue Parritt is a fiction writer based in Mornington, Victoria. Her novel Sannah and the Pilgrim, the first in a trilogy of a future dystopian Australia, was published by Odyssey Books in 2014 and was Commended in the FAW Christina Stead Award, 2014. The second, Pia and the Skyman, was published in April 2016. The Sky Lines Alliance completes the trilogy, published in November 2016. Her short stories, poetry and articles have appeared in national and international magazines and anthologies. She has also written a TV series pilot based on Sannah and the Pilgrim, and is now seeking a producer. 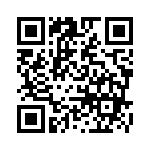