Leslie Irvin (Les) Terrett was born on the 8th April 1957, in Myrtleford, Victoria where he completed his secondary education. He undertook his tertiary education at Melbourne University. He enlisted into the Australian Regular Army in 1975 and during a successful career in logistics spanning 32 years, achieved the rank of Major. Transferring to the Army Reserve in 2007, he is now posted to the Australian Army History Unit working as a Project Officer with a focus on Oral History and Customs and Traditions. Les saw active service in Iraq as part of the Coalition Forces in 2003-2004. His family has a long history of military service for Australia, with members having served in the 2nd Boer War, WWI (Gallipoli, Pozieres, Menin Road, Passchendaele, Hangard Wood, Villers-Bretonneux), WWII (Europe and Pacific), Korea, Vietnam and East Timor. Les is proud to have been a Legacy boy. In his civilian career, Les works as a Senior Consultant to Government and lives in North Eastern Victoria. 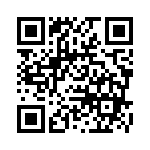