Bruce Pascoe was born in 1947 in Melbourne, Australia. He is an Indigenous writer. His latest books include Fog a Dox (winner of the Prime Minister's Literary Awards in 2013), Convincing Ground, Dark Emu, and Mrs Whitlam. He received the 2016 NSW Premier's Literary Awards Indigenous Writers Prize, Joint Winner. In 2018, he won the Australia Council Award for Lifetime Achievement in Literature. It acknowledges prominent literary writers over 60 who have made outstanding and lifelong contribution to Australian literature. 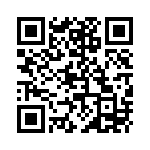