Doctor Michael Tyquin is a consulting historian based in Tasmania. He has published extensively in the areas of Australian social, medical and military history. He is a serving member of the Australian Army Reserve which he joined as a medical assistant with the 4/19th Prince of Wales Light Horse. He is the official historian of the Royal Australian Army Medical Corps and a former Adjunct Professor at the University of Queensland's Centre for Military and Veterans' Health. 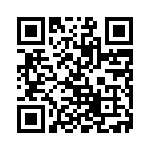