Cameron K. Moore has had a long-running interest in science that began in his school days and culminated when he gained a Bachelor's Degree in Science.

He later worked for a large scientific research organization which provided much of the inspiration when writing Dark Cure, his debut novel.

He is a keen traveller and lived with a team of naturalists in the Amazon Rainforest while researching the setting for his story, experiencing first-hand the unique and perilous aspects of this environment.

He lives in Melbourne with his wife and two young sons. 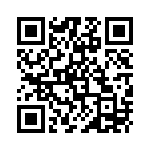