A Harvard University graduate and impassioned student and teacher of American history and literature, Utah-born Bernard de Voto held faculty positions at Northwestern University and Harvard University. He was also the second editor of the Saturday Review of Literature and for many years wrote "The Editor's Easy Chair" column in Harper's magazine. At Harvard, de Voto was the editor of the Mark Twain manuscripts and produced several works about Twain and his time. He is best known for his trilogy-The Year of Decision: 1846 (1943), Across the Wide Missouri (1947), and The Course of Empire (1952). For Across the Wide Missouri, he personally traced the western trails first blazed by Lewis and Clark. Although recent scholarship has changed many perceptions about the West, de Voto's splendid accounts continue to have wide appeal. 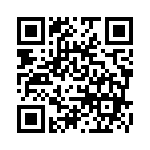