Carter Brown, the pseudonym of Alan Geoffrey Yates, was born in London and educated at schools in Essex. From 1942 to 1946 he served in the Royal Navy as a lieutenant. After the war he worked as a sound recordist at Gaumont-British Films for two years and then moved to Australia in 1948.That same year he became an Australian citizen. Before deciding to write exclusively in 1953, he was a salesman in Sydney and a public relations staff member at Quatas Empire Airways. His early books were intended for Australian audiences, but when the Carter Brown series was picked up by the New American Library, he was discovered by Americans. Yates wrote crime, horror stories, and westerns under the pen name of Tex Conrad. For the magazine Thrills Incorporated he co-wrote tales with G.C. Bleek, but his major work in science fiction was Coriolanus The Chariot!, a story about illusions, paranoia, and a toxic game. Soon Yates started to concentrate on crime fiction, producing a flood of books: in 1953 he published Venus Unarmed, The Lady Is Chased, The Frame Is Beautiful, Fraulein Is Female, Wreath for Rebecca, The Black Widow, Weeps, and The Penhouse Passout. In 1958 he published a novel under his own name, The Cold, Dark Hours, and in 1966 he penned the first novels written as Caroline Farr. Under the name Carter Brown, Yates wrote about 150 crime stories. His last books appeared in the early 1980s. He died on May 5, 1985. 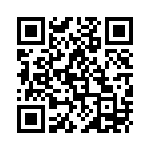