Simon Michael Bessie was born in New York City on January 23, 1916. He received a bachelor's degree from Harvard College in 1936. While there, he edited The Harvard Crimson. After working as a reporter for The Newark Star Eagle, he worked in the research department of RKO Radio Pictures. He left there in 1938, which is the same year his book, Jazz Journalism: The Story of Tabloid Newspapers was published. Before joining the Office of War Information in 1942, he worked as a reporter and editor for Look magazine. He was involved in psychological warfare in North Africa, Italy and France and in 1946, he was awarded the Presidential Medal of Freedom. Toward the end of World War II, he entered the publishing industry by joining Harper. He left Harper & Brothers in 1959 and helped found Atheneum Publishers with Alfred A. Knopf Jr. and Hiram Haydn. He was president of Atheneum Publishers from 1963 to 1975. He edited numerous writers over his career including Daniel J. Boorstin, Aleksandr Solzhenitsyn, Kenneth Tynan and Elie Wiesel. He died on April 7, 2008. 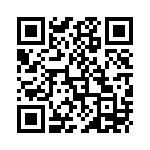