Joanna Trollope was born in Cotswolds, Gloucestershire, England on December 9, 1943. She graduated from Oxford University. She worked on Chinese affairs in the Foreign Office in London for two years, and then became a teacher. In 1980, she became a full-time author. Her first books to be published were a number of historical novels written under the pen name Caroline Harvey. These were followed by Britannia's Daughters: Women of the British Empire, a historical study of women in the British Empire. The Choir was her first contemporary novel. Her other works include A Village Affair, A Passionate Man, The Rector's Wife, Girl from the South, The Soldier's Wife, and Balancing Act. She was appointed OBE in the 1996 Queen's Birthday Honours List. 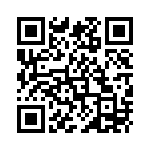