GEOFFREY P. ALPERT is a Professor in the College of Criminal Justice and a Research Professor in the Institute of Public Affairs at the University of South Carolina. He is the co-author, with Roger Dunham, of Policing Multi-Ethnic Neighborhoods (Greenwood Press, 1988), Policing Urban America (1988), and Critical Issues in Policing (1989).

ROGER G. DUNHAM is a Professor of Sociology at the University of Miami, Florida. He has published widely in the areas of deviance and evaluation research along with his works Policing Multi-Ethnic Neighborhoods (1988), Policing Urban America (1988), and Critical Issues in Policing (1989) with Geoffrey Alpert. 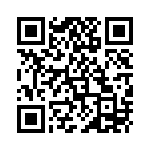