Anne Mazer was born in New York in 1953 to novelists, Harry Mazer and Norma Fox Mazer. She began reading at an early age and knew the trials and frustrations of being a writer. Instead of following in the family business, she went to college and concentrated on art as well as French, moving around to several colleges and living in New York, Boston and France. After the birth of her first child, Mazer began writing picture books and found her craft. She has since written over 35 books for children ranging from picture books to novels for young adults. Her titles include: All that Glitters Isn't Gold, A Childhood Remembered, and Every Cloud Has a Silver Lining. 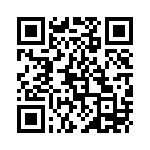