Laura's nemesis Veronica Ganz (Amy and Laura, 1966) has a whole book to throw her size around in but she's stymied from the start by new-boy-in-the-class Peter Wedemeyer, who's also the shortest. And ... Read full review

I read this book when I was a child. I loved it. It would be fun to find this book again and re-read it. I wonder if I'd like it as much? Read full review 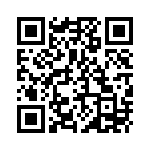