ROBERT L. BALDWIN, MD, MA, a twenty-five year Birmingham, Alabama physician/surgeon in otology (a specialty treating ear and related nerve disorders), gave up his practice due to illness. He then received his master's degree at Birmingham Southern College and became interested in capital punishment. Baldwin now devotes his time to public service work in prison ministry, as a certified Lay Speaker at Canterbury United Methodist Church, as president of the Alabama Ear Institute dedicated to children born deaf and hard of hearing, and a tireless advocate for reform of our death penalty laws. Life and Death Matters is his first book. 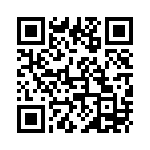