ELLEN WEISS is the author of North Kingstown, Rhode Island (Providence 1978) and City in the Woods: the Life and Design of an American Camp Meeting on Martha's Vineyard (Oxford 1987 and Northeastern 1998). The latter investigates a unique American community form with architectural and planning inventions that spread across the country in subsequent examples. Her preoccupation with communities built to utopian impulses fuels her current work on Booker T. Washington's Tuskegee Institute and its principal designer, Robert R. Taylor. Weiss studied at Oberlin College, the University of California at Berkeley, and the University of Illinois. She has taught architectural and planning history at several universities and is Professor Emerita at the Tulane University School of Architecture. She has served on the boards of the Society of Architectural Historians, the Vernacular Architecture Forum, and the Southeast Society of Architectural Historians. 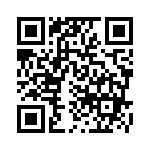