TED M. DUNAGAN was born and grew up in rural southwestern Alabama. He served in the U.S. Army, attended Georgia State University, and retired from a career in business in 2003. He received the 2009 Georgia Author of the Year Award in Young Adult Fiction for his debut novel, A Yellow Watermelon. The book was also named to the inaugural list of "The 25 Books All Young Georgians Should Read" compiled by the Georgia Center for the Book, and selected as an Accelerated Reader Title. He followed his first success with a sequel, Secret of the Satilfa, which earned the 2011 Georgia Author of the Year Award, followed by his third in the series, Trouble on the Tombigbee, which won the 2012 Georgia Author of the Year Award, and the 2013 Yerby Award for Fiction. He lives in Monticello, Georgia, where he writes news, features, and a weekly column for The Monticello News. 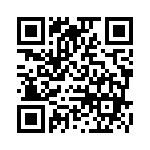