From the late nineteenth century to the early twenty-first, the Ayers name has been synonymous with progressive journalism. H. BRANDT AYERS, the current publisher of the Anniston Star, graduated from the University of Alabama and later studied at Harvard and Columbia. He served as Washington correspondent for the (Raleigh) News and Observer and covered Robert Kennedy's Justice Department for a news bureau serving newspapers in the South and Southwest. He later led the Star during the turbulent civil rights era. He was one of the founders and president of an institutional expression of the New South movement, the L. Q. C. Lamar Society. 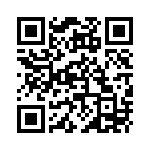