The author used letters from her own ancestor to create this book. This is the most realistic depiction of of what it was like to be on the battlefield. No movie could ever depict how horrible this ... Read full review

Frye Gaillard is an award-winning journalist and author of more than a dozen books on Southern culture and history, including Cradle of Freedom: Alabama and the Movement That Changed Americas; Race, Rock, and Religion: Profiles from a Southern Journalist; The Quest for Desegregation; The Dream Long Deferred: A Community’s Quest for Desegregation; Kyle at 200 MPH: Sizzling Season in the Petty/NASCAR Dynasty; If I were a Carpenter: Twenty Years of Habitat for Humanity. A native of Mobile, Alabama, he lives in Charlotte, North Carolina. Peter Cooper is an award-winning music writer for the Nashville Tennessean. He is the author of Hub City Music Makers: One Southern Town’s Popular Music Legacy. 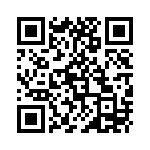