I received a copy to facilitate my review. The opinions expressed here are my own. This book was the story of Virginia Christian, the youngest African American female to be executed. Virginia ... Read full review

After a 16-year-old black girl is convicted of killing her employer in 1912 Virginia, a young white journalist becomes embroiled in the aftermath. Howell uses the real-life story of Virginia Christian ... Read full review 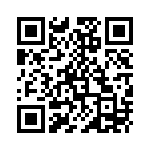