Donna Cox Baker has a Ph.D. in history and has served as editor-in-chief of Alabama Heritage magazine since 2002. Throughout Alabama's bicentennial period, she was co-chair of the Statewide Initiatives Committee of the Alabama Bicentennial Commission. She is the author of Views of the Future State: Afterlife Beliefs in the Deep South, 1820-1865 , publishes the "The Golden Egg Genealogist" blog, and is co-founder of the Beyond Kin Project, which encourages the genealogical documentation of enslaved populations. 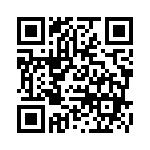