Joel P. Smith became the editor of the Eufaula Tribune in 1958 and was named publisher a year later. In 2001 he relinquished to his son Jack the title of editor, but Smith continued as publisher, contributing columns and editorials, until he sold the newspaper in 2006. He is the author of A Eufaula Album: A Pictorial History of Eufaula, Alabama ( Eufaula Tribune , 1999) and A Brief History of Shorter Mansion and the Eufaula Heritage Association (Eufaula Heritage Foundation, 2007); he also contributed a chapter to Rivers of Alabama (Strode Publishers, 1968). Smith was the posthumous recipient of the National Newspaper Association President's Award "in recognition for a lifetime of dedicated service to the National Newspaper Association and Community Newspapers." He married Ann Sutton Smith in 1966 and they had three sons: Jack, Joel Jr., and Bill. Smith passed away in 2009. 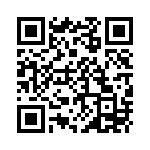