Ralph Draughon Jr. serves on the Alabama Historical Commission and the board of directors of the Alabama Trust for Historic Preservation. A Ph.D. in southern history from the University of North Carolina, he taught at the University of Georgia, established a research center at Stratford Hall (Robert E. Lee's birthplace in Virginia), served as curator at the Historic New Orleans Collection, and acted as historical advisor to a major national archeological firm.

Delos Hughes is a native of Auburn, Alabama. He is a graduate of Oberlin College and the University of North Carolina at Chapel Hill. He taught political philosophy at Washington and Lee University from 1963 until his retirement in 1996. As Emeritus Professor of Politics, he researches architectural history subjects. Hughes has published studies of courthouses in Alabama, Virginia, and South Carolina; a New Deal homesteads project in Tennessee; and an early effort to design buildings for the University of Alabama. He is a co-author of three books from NewSouth Books: Lost Auburn: A Village Remembered in Period Photographs , Historic Alabama Courthouses: A Century of Their Images and Stories , and No Place Like Home: An Architectural Study of Auburn, Alabama--The First 150 Years . 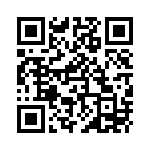