EDDIE WAYNE SHELL (1931-2021) grew up in Butler County, Alabama, where agriculture and forestry were the backbone of the local economy and where he saw firsthand the difficulties of trying to make a living off Alabama land. In 1948, when Shell set off for college at Alabama Polytechnic Institute (now Auburn University), he planned to pursue a degree in forestry, but within a year he switched to fish management, later earning both his bachelor's (1952) and master's (1954) degrees in the discipline. Following an overseas stint in the military, Shell earned a PhD in fisheries biology from Cornell University, then returned to Auburn in 1959 to begin what would become a 35-year academic career, including 21 years as head of the Department of Fisheries and Allied Aquacultures. For much of this period, he also served as director of the International Center for Aquaculture. He retired in 1994. 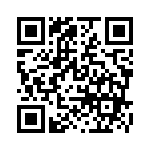