Jeffrey Benton, a retired Air Force colonel, has taught history and English at the University of Maryland Far East Division, The Citadel, the Air War College, Auburn University Montgomery, Troy University Montgomery, and The Montgomery Academy. His research interests are currently focused on local history. He has written extensively on Montgomery and its environs, including more than two hundred newspaper articles. His books on local history are A Sense of Place: Montgomery’s Architectural Heritage, 1821–1951; The Very Worst Road: Travellers’ Accounts of Crossing Alabama’s Old Creek Indian Territory, 1820–1847; and They Served Here: Thirty-three Maxwell Men. He received his BA from The Citadel, as well as master's degrees in English, political science, and history from the University of North Carolina at Chapel Hill, Auburn University Montgomery, and Auburn University. He and his wife, Karen, have two daughters, Carolina and Catherine. 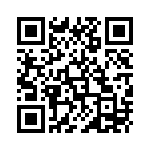