Rod Davis is the recipient of the inaugural Fiction Award of the PEN/Southwest Book Awards in 2005 for Corina’s Way, described by Kirkus Reviews as “a spicy bouillabaisse, New Orleans-set, in the tradition of Flannery O’Connor or John Kennedy Toole: a welcome romp, told with traditional Southern charm.”

He also is author of American Voudou: Journey into a Hidden World, selected as one of the “Exceptional Books of 1998” by Bookman Book Review Syndicate. A six-part series on the Texas-Mexico border, “A Rio Runs Through It,” appears in Best American Travel Writing 2002. His PEN/Texas-award-winning essay, “The Fate of the Texas Writer,” is included in Fifty Years of the Texas Observer and his Texas Monthly story, “Wal-marts Across Texas,” is excerpted in True Stories by David Byrne.

Davis has received numerous awards as a magazine editor and writer. He earned an M.A. in Government at Louisiana State University and studied at the University of Virginia before joining the Army in 1970, serving as a first lieutenant in South Korea. He lives in Texas. 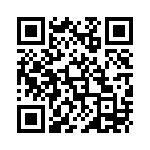