Andrew Glaze is the eleventh Poet Laureate of Alabama. Educated at Harvard, Stanford, and the University of Grenoble, Glaze spent thirty years in Manhattan and fourteen in Miami before returning to Birmingham, Alabama, where he grew up and as a young man worked as a journalist. He came to national attention in 1966, when his first major volume of poetry was nominated for a Pulitzer Prize and declared a “Notable Book” by the National Library Association. A prolific writer, his poems have appeared in scores of books and periodicals, including The New Yorker, Atlantic Monthly, and Poetry Magazine. His poem “A Journey” was set to music by composer Ned Rorem and has been recorded by multiple artists. At the age of 95, he lives in Birmingham with his wife, Adriana, a former dancer and actress. 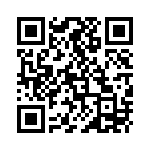