Warren Trest is a former United States Air Force senior historian. A combat reporter, writer, and air power historian in the Korean, Vietnam, and Cold Wars, he has published numerous articles and authored and coauthored more than 50 histories and studies. His book Air Commando One was nominated for the Bancroft Prize for distinguished works in American history. Other recent works include Wings of Denial, Nobody But the People, and Once a Fighter Pilot, and the hard-boiled Jake Falcon mystery novels Missing in Paradise and Requiem for a Flower Child. 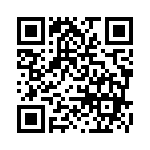