Jeremy Black is Professor of History at the University of Exeter and a senior fellow at the Center for the Study of America and the West at the Foreign Policy Research Institute in Philadelphia. He is the author of more than seventy books and has lectured extensively around the world. 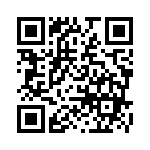