Jonathan M. House is Professor Emeritus at the U.S. Army Command and General Staff College, Leavenworth, Kansas. He is author of Combined Arms Warfare in the Twentieth Century and Military Intelligence, 1870–1991 and coauthor, with David M. Glantz, of several studies of the Soviet-German conflict during World War II. 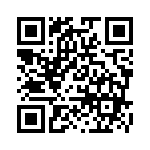