Charles S. Bullock III is the Richard B. Russell Professor of Political Science and Josiah Meigs Distinguished Teaching Professor at the University of Georgia.

Keith Gaddie is a Professor in the Department of Political Science. He joined the faculty in 1996, after four years on the faculty of the Tulane University School of Public Health and Tropical Medicine in New Orleans. Keith offers courses in the graduate methods sequence, courses on parties, campaigns, elections, and Southern Politics, and he regularly offers the P Sc 1113 American Federal Government course.

Keith is the author, coauthor, or coeditor of fourteen books: The Economic Realities of Political Reform: Elections and the U.S. Senate (1995); David Duke and the Politics of Race in the South (1995) The Almanac of Oklahoma Politics 1998 (1998); The Almanac of Oklahoma Politics 2000 (1999); The Almanac of Oklahoma Politics 2002 (2001); Regulating Wetlands Protection: Environmental Federalism and the States (2000); Elections to Open Seats in the US House: Where the Action Is (August 2000); Born to Run: The Origins of the Political Career (2004); The Political Encyclopedia of U.S. States and Regions (2008); The University of Georgia Football (2008); The University of Kentucky Basketball (2008); The University of Louisville Basketball (2008); Georgia Politics in a State of Change (2009); and The Triumph of Voting Rights in the South (2009).

Over the past several years, Keith has offered commentary, interviews, or served as a guest broadcaster for several local, national and international media outlets. From 2005-07 he was a regular new contributor and host for WKY-930 AM and KTLR-890 AM, and he currently serves as a regular contributor to KGOU 106.3 FM (National Public Radio) and KWTV-9 (CBS).

Keith has worked as a litigation consultant in voting rights and redistricting cases, for both major parties and for both plaintiffs and respondents, including cases in Florida, Illinois, New York, Virginia, Georgia, Wisconsin, Oklahoma, South Dakota, Wyoming, New Mexico and Texas.

Justin J. Wert is the Associates Second Century Presidential Professor & Associate Professor of Political Science at the University of Oklahoma and recipient of the 2006 American Political Science Association's Edward S. Corwin Award. He is author of Habeas Corpus in America: The Politics of Individual Rights. 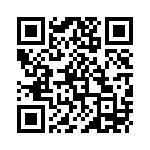