Robert E. Bonner is Professor Emeritus of History at Carleton College, Northfield, Minnesota. His numerous articles have appeared in such journals as the Western Historical Quarterly and Montana: The Magazine of Western History. 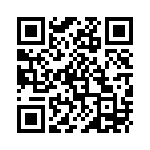