Will Gorenfeld writes about soldiers, operations, and battles of the pre–Civil War Army out west. His work has appeared in Wild West, the New Mexico Historical Review, Missouri Historical Review, and the collected volume Battles and Massacres on the Southwestern Frontier.

His son John Gorenfeld is a writer whose work has appeared in the New York Observer, the London Guardian, and in the book Armchair Reader: Civil War. 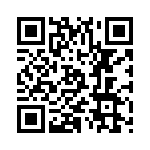