This was a nice, homely collection of stories, short & satisfying. I felt like my father-in-law could have been telling these tales. the trio of young rowdies in "Plastic Indian" reminded me of some ... Read full review

Robert J. Conley (1940–2014) was the author of the Real People series, The Witch of Goingsnake and Other Stories, Mountain Windsong, and Wil Usdi. Conley was a three-time winner of the Spur Award and was named Oklahoma Writer of the Year in 1999. He was inducted into the Oklahoma Professional Writers Hall of Fame in 1996.

Geary Hobson is Professor of English at the University of Oklahoma, author of the novel The Last of the Ofos, and editor of The Remembered Earth: An Anthology of Contemporary Native American Literature. 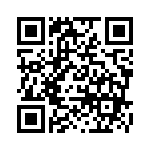