Read this for my R&R history class. Written by the professor. Interesting stuff, I would imagine it would be fascinating to anyone who was involved in the late 70s LA punk scene. Read full review 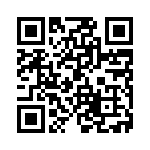